Google became the latest tech company to announce the truncation of its workforce. Alphabet, Google’s parent company, recently announced that it would be laying off about 10,000 or 6 percent of its workforce after identifying the “weak performers” across various teams and verticals. 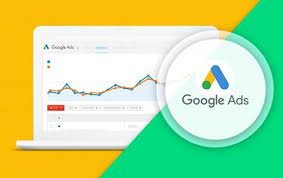 A report by The Information has claimed that managers across various verticals in Google have been asked to analyze and rank the ‘poor performing’ employees on their teams. Google will use a ranking system to analyze their performance; the lowest-ranked employees are expected to be fired from the company.

Google witnessed a significant spike in hirings in the past quarter. Experts have been warning Google about its inflated workforce as well as salaries. Billionaire activist investor Christopher Hohn has claimed that Google employees are paid a lot more compared to the rest of the industry. He claimed that the hiring had outpaced the actual need of the company.

Google had earlier announced that it would slow down the hiring process in the year’s fourth quarter. However, the economy seems to have pushed the otherwise’ employee-friendly company to a wave of layoffs almost thrice the size of what is usually expected from Google.

Currently, Alphabet employs around 1,87,000 employees, making it one of the biggest employers in the tech industry. A US SEC filing revealed that the median annual salary of a Google team member is around $295,884 or roughly Rs 2.41 crore.

Google has been witnessing a consistent drop in profits. The company reported a net profit of $13.9 billion in the last quarter, which was 27 percent lower than last year. This drop was despite an overall 6 percent increase in revenue to $69.1 billion.

Meta, Twitter, Amazon, and many prominent, US-based tech companies are trying to downsize. Most of the companies have registered their most extensive layoffs ever in just the past month. Meta laid off over 11,000 employees, Twitter is left with less than a third of its workforce, and Amazon is also expected to continue layoffs well into 2023.