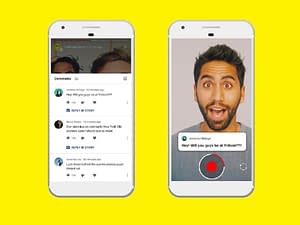 Back in November 2017, YouTube first revealed its focus on a new feature that took some hefty inspiration from Snapchat Stories. Ever since, the feature has been limited to a very small number of creators across YouTube. However now, what finally seems like the beginning of a mass rollout, YouTube has said that all its creators that have over 10,000 subscribers will be able to use the tool.

While YouTube has borrowed the concept for the feature from Snapchat, it offers some very different bits. For instance, YouTube’s iteration of Stories lasts for seven days on the mobile app, as against 24 hours on Instagram or Snapchat. These Stories appear for both subscribers and non-subscribers, and they show up in YouTube’s ‘Up Next’ sidebar next to a video.

This tool is aimed to be a more real-time interaction between creators and viewers, an option to leave comments or questions on stories.

While YouTube is posing this feature as a new means to increase community engagement, some users on Reddit insist that YouTube should first focus on fixing the existing issues on the platform, including demonetisation problems and advertising concerns.

On the other hand, The Verge reports YouTube’s statement as saying that its team “applied feedback that we got from you to build a product specifically designed with you, the YouTube creator, in mind.” Ironic!