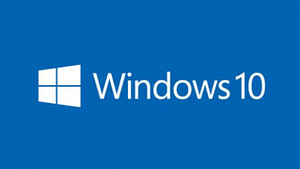 Microsoft has started rolling out the much-awaited Windows 10 May 2020 update for mainstream users. The update comes with several changes and features to give an all-new experience to users on laptops and desktops.

According to a report by ZDNet, the Windows 10 May 2020 update comes a couple of weeks after Microsoft announced that it was being made available to developers. It is also known as the 20H1 update and version 2004.

A report by Windows Central mentions that it is the ninth feature update and is the first semi-annual update of 2020 available for supported devices.

Display: The update brings a Specialized Display feature that enables the screen to be dedicated to a specific purpose.

Cortana: The digital assistant now comes with an improved chat-based interface. Users can speak or type to get a response from the assistant. Cortana will help you to connect with people, check your schedule, add tasks, set reminders, and open apps.

Notepad improvements: Several significant improvements in Notepad have been introduced in the Windows 10 May 2020. It will now show an asterisk sign in the title bar before the document name to indicate that it has unsaved changes. It will also display line and column numbers when word-wrap is enabled.

There is a menu that allows you to zoom text in Notepad. To use, you will have to click on View and tap on Zoom.

Gaming: The update has also started to roll out an FPS counter and achievement overlay. Users will have to press WIN + G to start receiving Game Bar updates via the Xbox Insider Hub app from the Microsoft Store.

Step 1:Go to Settings and click on Update & Security

Step3: Press on Check for updates

Step 4: Once the update appears, you can select Download and install

Some users may not get to see Download and install on their devices as Microsoft is rolling out this feature in a phased manner. It may also be because your device might have compatibility issues for which a safeguard hold is in place.

All about Microsoft Windows 10 Redstone 4