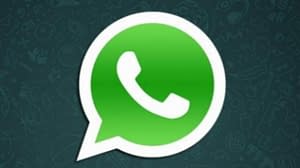 WhatsApp has been hit again with the same old hoax about WhatsApp Gold.

There is a message that is going around stating that there is a video called ‘Martinelli’ which should not be opened as the video carries malware that will make your phone crash. Opening the video will forcibly upgrade users to WhatsApp Gold, claims the message.

But this is all fake news!

WhatsApp updates are only delivered via the Google Play Store or the Apple App Store. Savvy users can download beta versions or update APK files manually, but such users already know what they’re doing.

If you get a message about Martinelli, just ignore it. It’s an utterly pointless hoax that serves no purpose other than to spread some minor paranoia over a non-existent threat.

According to a report on fact-checking website Snopes, this message seemed to have originated in a Spanish-language version sometime in 2017.  Even Spain’s national police put up a tweet debunking it back at the end of July 2017.

WhatsApp has been working towards curbing the spread of fake news. The platform had recently rolled out a ‘Forwarded’ tag feature to tackle fake news by labelling messages with said tag. Also, the company limited forwarding messages to only five people. It also rolled a TV campaign as part of its efforts to address the challenge of misinformation.