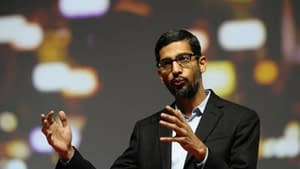 Google’s parent company Alphabet has a new CEO and it’s none other than Sundar Pichai. Co-founders Larry Page and Sergey Brin are relinquishing their roles from the company to continue as board members.

Larry Page was the former CEO of Alphabet whereas Sergey Brin was the President. In a public letter, both the co-founders wrote, “With Alphabet now well-established, and Google and the Other Bets operating effectively as independent companies, it’s the natural time to simplify our management structure. We’ve never been ones to hold on to management roles when we think there’s a better way to run the company. And Alphabet and Google no longer need two CEOs and a President. Going forward, Sundar will be the CEO of both Google and Alphabet.”

Pichai will now be responsible for leading Google as he has been since he was named as the CEO. Additionally, he will be managing Alphabet’s investment across the entire portfolio of companies and projects.

“We are deeply committed to Google and Alphabet for the long term and will remain actively involved as Board members, shareholders, and co-founders. In addition, we plan to continue talking with Sundar regularly, especially on topics we’re passionate about,” both of the co-founders added.

Later in a letter addressed to all “Googlers”, Pichai said, “I want to be clear that this transition won’t affect the Alphabet structure or the work we do day-to-day. I will continue to be very focused on Google and the deep work we’re doing to push the boundaries of computing and build a more helpful Google for everyone. At the same time, I’m excited about Alphabet and its long term focus on tackling big challenges through technology.”

WhatsApp raises minimum age of usage to 16 in Europe