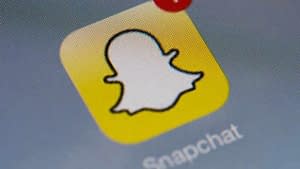 Snapchat is launching new ways to keep more users engaged on its platform after lagging behind rival Instagram. On 25 April, Snapchat launched Snappables — AR games that use your touch, motion and facial expressions.

First spotted by Killer Features, Snappables will be available right alongside the other Snapchat lens’ and should roll out globally soon. Snapchat says that it will be launching new games every week and that popular games will stick around for some more time.

Snappables will also allow users to compete in literal head-to-head multiplayer matchups. This is the first time Snapchat has enabled collaborative or shared Lenses which let users interact with other users on their phone.

The first of the previewed Snappable games include an Asteroids-style space shooter, a kiss-blowing game, a weightlifting game which makes use of your forehead, an egg-catching competition and a dance party.

To play the Snappable game, select one of the game lenses and then follow the on-screen instructions given in the game. Many games are only solo games while the others are multiplayer games wherein the objective is to get the highest score.