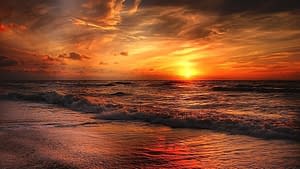 Sea level is projected to rise by 3.5 to 34.6 inches between 1990 and 2100 leading to inundation of valuable land, India has told a UN body while stating regions in the country’s western coast including Khambat and Kutch in Gujarat and Mumbai are among the most “vulnerable” areas.

Minister of State for Environment Mahesh Sharma, in a written reply in Lok Sabha, said the deltas of the Ganga, Krishna, Godavari, Cauvery, and Mahanadi on the east coast may be threatened due to this rise in sea level.

“Sea levels are changing at different rates along the Indian coast as per the studies carried out by the Indian National Centre for Ocean Information Services. The Second National Communication submitted by India to United Nations Framework Convention on Climate Change projects sea level rise by 3.5 to 34.6 inches between 1990 and 2100, which may result in saline coastal groundwater, endangering wetlands and inundating valuable land and coastal communities” Sharma said.

He was asked whether rise in sea level owing to global warming was posing a threat to the coastal villages of the country.

“The most vulnerable stretches along the western Indian coast are Khambat and Kutch in Gujarat, Mumbai, and parts of the Konkan coast and south Kerala. The deltas of the Ganga, Krishna, Godavari, Cauvery, and Mahanadi on the East Coast may be threatened, along with irrigated land and a number of urban and other settlements that are situated in them,” Sharma said.

He asserted that the government is committed to taking proactive steps for protecting the country’s coastal areas and communities. He said the Coastal Regulation Zone (CRZ) Notification, 2011 and Island Protection Zone (IPZ) Notification, 2011 are enforced and implemented by the concerned Coastal Zone Management Authorities (CZMAs) of states and UTs.

Under the extant regulations, theses CZMAs have been empowered to enquire into the cases of alleged violation of the provisions of the notifications and take appropriate action under the law.

“As per State of Forest Report 2017, there has been a net increase of 181 sq km in the mangrove cover of the country as compared to 2015 assessment,” he said.

The other steps taken by the government target protection of livelihoods of fisherfolk communities, preservation of coastal ecology, initiation of an integrated coastal zone management project with objectives of building capacity for implementation of comprehensive coastal management, delineation of erosion line over the entire coast line covering the mainland coastal states/UTs as a part of hazard line mapping exercise carried out by Survey of India among others. 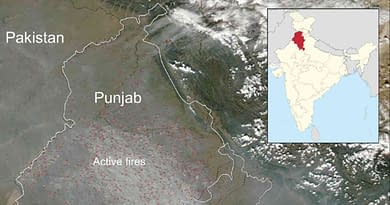