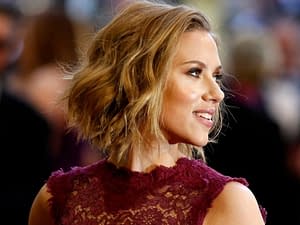 About seven years ago, a man named Christopher Chaney, who was more popularly known as the “Hollywood Hacker” back then, infiltrated email accounts and leaked nude pictures of celebrities like Christina Aguilera, Mila Kunis, and Scarlett Johansson. After a year of carrying on the nuisance and illegally accessing more than 50 email accounts in that period, Chaney was finally caught and was sentenced to 10 years in prison. He did the crime, and had to do the time!

However, while in 2012 the biggest problem seemed to be that hacker, this digital nuisance today has evolved and how. Scarlett Johansson, who was one of Chaney’s targets, has once again found herself in the middle of another more sinister digital crime. This time though, there is no man to arrest and the technology is way more inconspicuous and untraceable. It’s called deepfakes.

Deepfakes is a notorious use of AI technology which morphs the face of a celebrity (or even a regular person) onto the body of someone else, getting the facial expressions and other things right. It has acquired a notorious status because it is being used to morph celebrity faces onto the bodies of actors of pornographic films. Software for making deepfakes are available free of cost and they create convincingly lifelike videos.

Johansson, who is also one of the highest paid actresses of Hollywood, has spoken out against deepfakes in an interview with The Washington Post. She highlights the most alarming aspect of deepfakes technology in her responses when she effectively said that despite knowing that such videos of her exist on the web, there is nothing she and her team can do about them.

She told the Post, “I think it’s a useless pursuit, legally, mostly because the internet is a vast wormhole of darkness that eats itself. The fact is that trying to protect yourself from the internet and its depravity is basically a lost cause, for the most part”, she adds.

Johansson goes on to say that it is only a matter of time before any given individual is targeted the same way, and so she’s warning anyone who’s vulnerable to protect themselves.

Factually, while the plague of deepfakes started off with famous faces like politicians and celebrities, it is, in fact, already spreading to the common individuals, especially women.

INFINIX SMART 3 PLUS LAUNCHED AT RS 6,999 IN INDIA

Xiaomi has filed for 6,324 patents and 53 percent are trademarked outside China