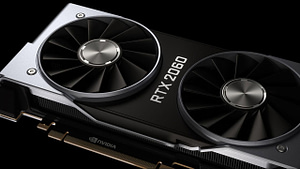 As expected, and following a multitude of leaks, Nvidia has officially unveiled the “mid-range” GeForce RTX 2060 GPU at CES. The new card is the cheapest RTX card currently available and in terms of performance, is expected to replace the previous generation GTX 1070 Ti.

Nvidia’s GPU hierarchy has historically been laid out as follows:

According to Nvidia, the performance of the RTX 2060 places it between the GTX 1070 and RTX 2070. It’s official US price of $350 also means it’s cheaper than the GTX1070, which, in theory, means that the RTX2060 is a good deal. The only thing that’s a bit worrying is the 6 GB VRAM limit. Games are very happy to munch through 8 GB of RAM and 6 GB might end up bottlenecking your system.

Based on the specs alone, Anandtech estimates that the GPU will deliver about 87 percent of the performance of the RTX 2070.

Nvidia’s pricing continues to disappoint. The RTX line is already expensive, especially when you consider the relatively minor performance gains over the previous generation GPUs. The RTX 2060 also draws more power than previous xx60 cards, putting the RTX 2060 more in the high-end category than mid-range.

The USP of the RTX series of cards is ray-tracing, or at least, Nvidia’s implementation of the technology. Traditionally, for the sake of performance, game engines render a scene based only on what the user can see in the frame. If, for example, you’re standing behind a puddle and next to a fire, you will see the fire reflected in the puddle even if you’re not looking at the fire. In games, the fire will not exist till you look at it and will only show up in the reflection when it’s in your field of view. Ray Tracing attempts to address this restriction.

RTX-enabled games, of which we only have one so far — Battlefield V, look stunning. The graphics look far more realistic and immersive, but there’s a catch. Ray tracing is extremely heavy on a system and only the expensive RTX 2070 and 2080 GPUs have managed to support ray tracing features at playable frame-rates. The worry with cheaper RTX cards is that they just won’t have the power to show off Nvidia’s marquee feature.

The card will be available from 15 January onwards.

In other news, Nvidia also revealed that Max-Q editions of its 2060, 2070 and 2080 graphics cards will be available in laptops. Various manufacturers will be showing off laptops with the new chips. 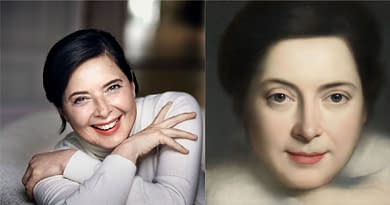