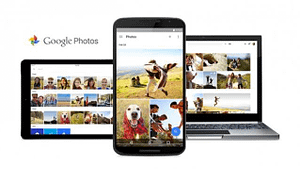 Google today announced that it will be launching a new feature of Google Photos that will let you search for text in the images. According to the tweet by Google, the feature will start rolling out from this month itself.

As per this feature, Google Photo will now let you search for text in an image irrespective of the fact if it is an image or screenshot. In the tweet, Google has also announced that users will also be able to copy text from the images and paste them in a word document or notes.

To find an image with a particular text, you need to search for the specific word in the Google Photos web and it will give you the images with the concerned text.

If we look at the use of this option, it can be really helpful in situations where you just click a picture of the text instead of writing it all down. It can be used to save passwords as well.

According to a report by 9to5Google, this feature will be available on both android and iOS devices.

SNAPDEAL LOOKING FOR A POSSIBLE ACQUISTION OF SHOPCLUES

Unencrypted data being transmitted over HTTP increases the risk of hacking