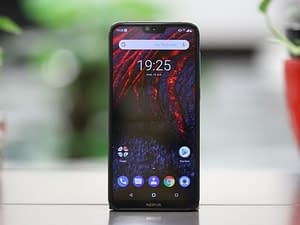 Nokia 5.1 Plus is now enjoying a taste of Android Pie, which it received a few days ago somewhat like a Christmas gift!

But Nokia’s Christmas gifts for its users aren’t over just yet.

In a tweet posted by Juho Sarvikas, the Chief Product Officer at HMD Global announced that the Pro camera is making its way to both Nokia 5.1 Plus and Nokia 6.1 Plus.

The Nokia 5.1 Plus is receiving it via the Android Pie and the Nokia 6.1 Plus via the December Security patches.

As per an XDA Developers report, the Pro Camera mode on Nokia smartphones packs in a bunch of features. It allows the users to change the ISO, white balance, shutter speed, and get a handful of other photography tools.

The Pro Camera mode first set foot into the Nokia 7 and Nokia 8.

With the new update, the Pro Camera Mode is now available for far more affordable Nokia devices too.