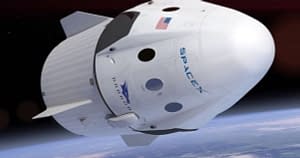 After a failed first attempt, it seems that the second time is a charm for the SpaceX-NASA joint human space mission. The Crew Dragon was launched atop the Falcon 9 rocket, and this is a test flight called Demonstration 2 or Demo 2.

After a nine-year drought, since Space Shuttle program was shut down in 2011, NASA has finally launched its astronauts from American soil with the help of its public-private partnership with SpaceX.

The NASA-SpaceX joint human spaceflight was scheduled for lift-off on Thursday, May 28, 2.00 a.m. IST (Wednesday, May 27 at 4.32 p.m. EDT) from the Launch Complex 39A from the Kenndy Space Centre, Florida which was also the launch site for the previous Apollo and Space Shuttle missions and was leased by SpaceX. Due to bad weather, the launch had to be rescheduled on Sunday, May 31, 12.52 a.m. IST (May 30 at 3:22 p.m. EDT).

Astronauts Bob Behnken and Doug Hurley are on their to the International Space Station and will dock automatically around 7.00 p.m. IST, 19 hours after the lift-off.

We have liftoff. History is made as @NASA_Astronauts launch from @NASAKennedy for the first time in nine years on the @SpaceX Crew Dragon: pic.twitter.com/alX1t1JBAt

There were a lot of doubts if the launch was going to happen today as the weather seems pretty similar to Thursday – cloudy with some rain and chances of lightning. However, 45 minutes before the launch, the mission director gave the team the all-clear for a start, and 10 minutes later, the fuel was being loaded into the two-stage rocket.

President Donald Trump and Vice President Michael Pence also present for the launch like they were for the wet rehearsal as well. Space.com reports that Trump told reporters ‘that he felt an obligation as president to watch the historic lift-off.’

Elon Musk, CEO of SpaceX, was surprisingly missing. Thursday, Musk was seen talking to the astronauts after they suited up in the crew quarters, he was also seen standing with Pence and Bridenstine at the behind exit when the astronauts were leaving the building. He even has a couple of interviews with NASA chief Jim Bridenstine. However, this time around, Musk had been replaced with former astronaut and current Director of Kennedy Space Center, Bob Cabana, and Jim Morhard, Deputy Administrator at NASA.

About 2.5 minutes after lift-off, the first stage booster will detach from the rocket and return to Earth. It will land on SpaceX’s drone ship called “Of Course I Still Love You” that is stationed in the Atlantic Ocean, off the coast of Florida. Following that, the second stage will also detach from the Crew Dragon capsule.

The Dragon will then orbit the Earth and undertake a series of what are known as ‘phasing burns’ i.e., re-ignite its engines to propel it to the next level to play catch-up with the ISS, that is traveling at a speed of 7.66 km/s.

Dragon is supposed to automatically dock with the ISS after 19 hours of raising its altitude to match that of the ISS. The astronauts will have a sort of a welcoming ceremony waiting for them.

Hurley and Behnken will stay on the ISS for anywhere between one to four months doing science experiments and helping in the upkeep of the station.

Once NASA deems it is a good time to return, the astronauts will then begin their journey back home. They will strap in and undock from the ISS.

Before it re-enters the Earth’s atmosphere, the Crew Dragon will lose its trunk. This, like the second stage, will not be returning to Earth.

The re-entry of the Dragon will look somewhat scary, like a ball of fire, but the heat-shields will ensure no harm comes to the astronauts.

Four Mark 3 Parachutes will be deployed that will slow down the entry of the vehicle, and Dragon will splashdown in the Atlantic Ocean. The astronauts will be fished out of the water along with the Dragon capsule, which will be inspected at the Cape Canaveral facility in Florida.

Hurley, 53, and Behnken, 49, have extensive experience in space and have been involved in NASA’s Space Shuttle flights.

Behnken will be the joint operations commander in this mission and was selected as a NASA astronaut in 2000. He has completed two space shuttle flights – STS-123 in March 2008 and STS-130 in February 2010 and performed three spacewalks during each mission.

Hurley was selected as a NASA astronaut in 2000 and will be the spacecraft commander for Demo-2. He has completed two spaceflights – STS‐127 in July 2009 and STS‐135, the final space shuttle mission, in July 2011. He was the pilot and lead robotics operator for both missions.

NASA awarded two commercial crew program contracts in 2014 NASA and Boeing to develop a spacecraft that will be able to carry people to space by 2017 – Boeing got $ 4.2 billion for its Starliner capsule, and SpaceX got $2.6 billion for Crew Dragon. The Demo-2 mission is almost three years behind schedule for this launch.

Crew Dragon is capable of carrying up to seven passengers to and from Earth orbit, and beyond but will only be carrying four passengers during NASA human spaceflight launches. The capsule is about three meters in diameter and eight meters high and can carry 6,000 kgs. Before it was modified to bring human beings, SpaceX was using the Dragon as a cargo carrier, for resupply missions to the ISS.

Like the rocket and crew capsule, even the astronaut suits were designed and produced in-house and is custom made to fit ever astronaut that will travel in Crew Dragon. The costumes include a 3D-printed helmet and touchscreen-compatible gloves and are an integral part of the mission. It provides oxygen for the astronauts to breathe and also helps them in communicating with the ground team.

SpaceX’s Falcon 9 is a partially-reusable two-stage-to-orbit launch vehicle. Its first stage is capable of re-entering the atmosphere and landing vertically after separating from the second stage, which is why it is partially re-usable. SpaceX successfully landed its first stage during its 20th flight in December 2015. The second stage of the rocket has a single-engine that can deliver its payload to whichever orbit is required. The engine can be restarted multiple times to carry various payloads into different realms. A two-stage-to-orbit or two-stage rocket launch vehicle is a spacecraft in which two distinct stages provide propulsion consecutively to achieve orbital velocity.

Demo-2 is supposed to be the final test for SpaceX’s human spaceflight system before NASA can certify it for operational crew missions to and from the International Space Station. This mission will also lay the groundwork for all their future missions to the Moon, Mars, and beyond. This test flight will serve as an end-to-end demonstration of SpaceX’s crew transportation system.