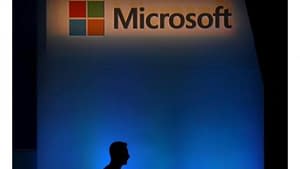 Microsoft has been focusing on unifying its Windows platform, effectively getting devices in various form factors to work and talk to each other in a unified environment.

One of the challenges to this dream is, of course, the limitation of storage. Not all devices can afford to allocate 10+ GB just for an OS install. Microsoft is working on a fix. According to a report by Windows Central, the company is working on a trimmed down version of its operating system, internally known as ‘Windows 10 Lean’. The report indicates that this new version is 2 GB smaller in size after installation as compared to the normal version of the OS. Microsoft started shipping this new version with its Skip Ahead build (17650) this week. News of this new version was initially spotted on Twitter. Microsoft has not officially announced any plans for this new type of windows.

According to the report, the company is facing issues while updating Windows 10-powered devices with low storage capacity. This new version is meant to fix these problems, especially on devices with 16 GB of internal storage. The way Microsoft achieves this is by removing components that a user won’t generally require, including the Registry Editor, Internet Explorer, CD ROM drivers and other such cruft.

More importantly, ‘Windows 10 Lean’ is the same old Windows that we love. The average user will notice no change. It still supports legacy win32 apps and is not watered down like Windows RT. Users will also be able to add back the components that ‘Windows 10 Lean’ omits in the initial installation. The report pointed out that this version of Windows is not part of Windows Core OS, a modular approach to Windows that Microsoft seems to be working on separately. This modular approach will make is much easier for the Microsoft to customise the installation experience based on the device it’s being installed on.

It seems like Windows 10 Lean is meant to ensure that users opting for cheaper devices or those with limited storage get to run the latest version of Windows.