The Government of India on Monday banned 59 apps with Chinese links, including the hugely popular TikTok and UC Browser, saying they were prejudicial to sovereignty, integrity, and security of the country.

The ban comes in the backdrop of the stand-off with China along the Line of Actual Control in Ladakh. It is also applicable for messaging app WeChat and online streaming app Bigo Live, CAM scanner, social media platforms like Helo and Likee, as well as a host of status message apps and photo and video editing tools. The e-commerce platform Club Factory — whose ads in India features actor Ranveer Singh — is also banned.

SHAREit: A cross-platform file sharing app, SHAREit allows one transfer video, music, files, and apps from one device to another.

WeSync: Developed by Tencent, the app allows you to transfer files from an old phone to a new phone.

ES File Explorer: A tool for managing files and programs

While TikTok is the most popular and well-known name among Chinese social media platforms that stand banned from 29 June, there are several other lesser-known apps to have been included in the list.

Helo: A social media platform that claims to have over five crore users in India. The app is available in 14 Indian languages and allows you to share videos, images, WhatsApp jokes, etc.

Likee: A video creation and sharing platform, Likee (formerly LIKE), allows one to add special effects to videos. Offered by BIGO Technology Pte Ltd, the app comes with in-app purchases and has over 500,000,000 downloads so far.

Weibo: A Chinese version of Twitter, the microblogging site allows one to share information as well as voice opinions on social issues but under news censorship.

Vigo Video: A short video social network, which allows one to share daily lives with their friends, family, and other users from all over the world.

Bigo Live: A live-streaming app, Bigo Live, allows users to build a fanbase, live talk with friends, and share live feeds with people across the world. The app claims to be present in over 150 countries, with over 200 million users worldwide.

Also banned are: Xiaomi’s MI Community and Mi Video Call app, and social media and messaging apps like We Meet and WeChat.

Among the apps banned include web browsers, which promise fast browsing by compressing websites, and thus consuming lesser mobile data, but also claim to provide security and privacy on the Web. Though the latter claim is not proven, some of the browsers with a China connection banned include the very popular UC Browser.

Utility apps like file cleaners, file vaults, antiviruses, and privacy tools make up the most significant chunk of apps placed in the banned list updated on Monday.

CAM Scanner: Perhaps the most popular utility app in the list, CAM Scanner has over ten crore downloads, and is used widely in India.  According to an article in The Asian Age published in January 2020, nearly 7.6% of India’s population uses the software to scan documents, IDs, files, receipts, and other items.

Club Factory: With Indian actor Ranveer Singh featuring in one of its ads on the Google Play Store, the app promises the best discounts that one can get.

Several other shopping apps have found their way into the banned list, such as Shein (apparel store) and ROMWE (women lookbook and apparel store), among others.

NewsDog: A news aggregator, NewsDog claims to be the best news app in India with “CAA protests news, interesting videos as well as CAA_NRC news” as one of its main attractions. Also offered are breaking news and alerts on politics, cricket, tech, business, and more.

Other news apps on the list are UC News and QQ Newsfeed.

Clash of Kings: A multiplayer online strategy game, developed by Elex Tech in 2014, the app has been downloaded over 50,000,000+ times since then and is available on both the Google Play Store as well as the App Store.

Hago Play With New Friends: A mobile game platform that allows you to play a variety of games offered through the platform and, at the same time, connect with other Hago users through chatrooms. The app has 100,000,000+ downloads on the Google Play Store.

Mobile Legends: A Multiplayer Online Battle Arena, Mobile Legends allows you to create your heroes and challenge other users on the platform. The game is developed and published by Moonstone.

Meitu: A free photo editing tool that allows one to enhance photos right from selfies, to food, to your pet photos.

New Video Status: There are many apps by this name, which offer free status video and text status messages as well as DPs and meme downloads.

V fly Status Video: A free WhatsApp status maker, the app allows you to download video status messages an share them with your friends.

Beauty Plus: A free photo editing tool with special effects and filters.

YouCam Makeup: A makeup and selfie camera app, it allows you to enhance selfies.

Parallel Space: This app allows one to clone and run multiple accounts of the same app simultaneously, and use themes to style your unique space. 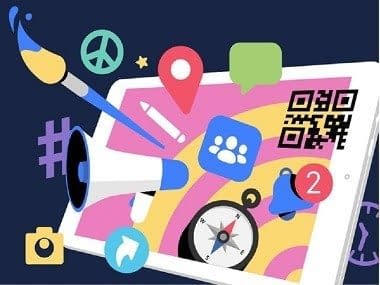