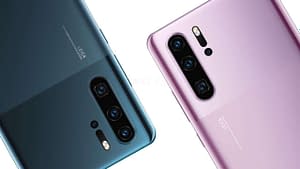 China’s Huawei Technologies is ready to enter into a “no backdoor” agreement with India to allay security concerns, the telecom group’s local head said on Monday, as the giant South Asian country prepares to launch next-generation 5G networks.

India, the world’s second-biggest wireless market by users, will hold an airwaves auction for 5G services before March, according to the country’s Telecoms Minister Ravi Shankar Prasad.

It has yet to begin 5G trials and has not taken a decision on allowing or banning Huawei from the test runs amid a US-led push to shut out the Chinese tech and telecoms group, saying its gear contained “back doors” that would enable China to spy on other countries. Beijing denies such a plan.

Huawei, which has a 28 percent global share of the telecoms equipment market, is closely engaging with India to clarify its stand on 5G solutions, network security and Chinese intelligence laws, Jay Chen, the CEO of its India unit, told Reuters in an interview on Monday on the sidelines of India Mobile Congress.

“From the very beginning, I have confidence that Indian industry, the India market will welcome Huawei because I have contributed a lot with my unique value,” Chen said. “I am ready to sign (a no-backdoor agreement).”

Shenzhen-headquartered Huawei has been blacklisted by countries including the United States, Australia and New Zealand while others are still evaluating their position.

Indian telecom carriers Bharti Airtel and Vodafone Idea have used Huawei, as well as its European rivals Nokia and Ericsson, to build their 2G, 3G and 4G networks and have previously underscored the importance of having all three players in India to maintain competition, price and service quality.

“If (the Indian) government wants, we are open to having the source codes in an escrow account,” Chen said, adding that the company was also willing to manufacture more of its telecoms gear locally.

China has asked India not to block Huawei from doing business in the country, warning there could be consequences for Indian firms operating in China, Reuters reported previously.

A potential row over Huawei’s participation in India’s 5G push could revive tensions between Beijing and New Delhi at a time the two countries have been making high-level efforts to ensure their long-standing territorial disputes do not escalate.