Google’s I/O event is typically a developer’s conference where Google highlights what they have been doing on the software side of things. The Hardware, or devices, isn’t exactly the highlight of Google I/O. This time around, things are remarkably different because Google announced and launched several devices that they have lined up for this year. 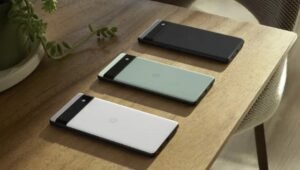 The Pixel 6a is essentially a slightly smaller and bumped-down Pixel 6. The 6a will be very lar to the Pixel 6, except for the camera. The 6a will be powered by the same Tensor chip in the Pixel 6 and Pixel 6 Pro. The primary difference comes when you look at the display and the cameras. The Pixel 6a will have a 6.1-inch 1080P G-OLED display, supporting a refresh rate of 60Hz.

As for the cameras, we’ll be getting the same standard and ultrawide shooters, albeit with different sensors. Google uses the Sony IMX363 sensor for the mainprimaryera in the Pixel 6a. This 12MP sensor was also used in some tr devices, like the Pixel 4, Pixel 3, and, Pixel 2. Although it won’t be a cute cutting-edge, it is a tried and tested sensor that realms well. 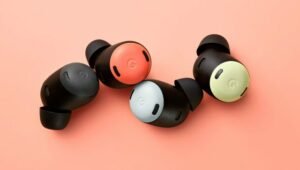 It will have better multi-device connectivity, Google Assistant built-in, and willansparency mode to go along with the ANC. Each earbud has three microphones for ANC and calls. The earbuds have 11mm drivers, so they should be pretty loud and balanced if Google has tweaked them right. The Pixel Buds Pro will have a battery life of about 11 hours and 7 hours with ANC. 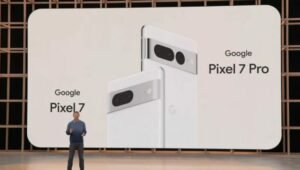 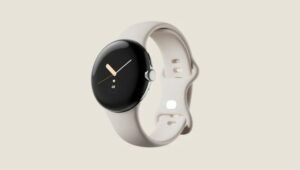 This was the most anticipated hardware announcement at Google I/O. We finally have Android’s proper and official answer to the Apple Watch. Google announced the Pixel Watch. The smartwatch results from Google working on its designs and their acquisition of Fitbit Google has gone for a very simplistic circular stainless steel design. It has a tactile crown for input, an anxiety touchscreen, and runs on Wear OS3. Google hasn’t mentioned any sizes but from books closer to the smaller, 40mm version of the Apple Watch. The watch will be launched later this year at Google’s Fall event and on the Pixel 7 devices.

The one announcement that not many people saw coming was that of the Pixel Tablet. Google announced that they would be launching the Pixel Tablet sometime in 2023. The announcement was made to keep tech enthusiasts on their toes because other than the fact that the tablet will be launched in 2023, Google did not reveal much about the device.