Facebook has launched its gaming app, Facebook Gaming, for iOS devices on Friday (7 August). However, it had to forgo its mini-game feature in the app due to the limitation of Apple’s App Store policies.

This step reportedly came after “months of submissions and rejection” at the hand of Apple. In a series of tweets, the official handle of Facebook Gaming said that they had to release the application without instant games because of Apple’s strict policies.

Sharing how the main objective of the app is to stream live games (like that on Twitch), Facebook gave details about the grounds on which Apple denied them permission. Facebook claimed that Apple rejected its app-based upon the App Store guidelines 4.7 — under the assumption that the primary focus of the app is to play games. Facebook, however, said that was not true, and also claimed that the Apple team “ghosted” them for months even after they submitted clarifications to their queries.

Facebook also seemed to criticize the process of getting approvals to publish apps at Apple Store.

“We can afford to spend ~6 months grinding thru Apple reviews, but many others can’t. And while we could have tried additional appeals, we didn’t want to hold back from launching the version for live streamers and fans.”

The firm announced that they will keep building a platform that allows users to play games on the app, whether Apple allows it in a standalone app or not.

In a statement to The Verge, Shery Sandberg, the Chief Operating Officer, said “Unfortunately, we had to remove gameplay functionality entirely in order to get Apple’s approval on the standalone Facebook Gaming app — meaning iOS users have an inferior experience to those using Android.”

She further said that Facebook will strive to bring the complete experience of Facebook gaming to iOS users, even if it is not through a standalone app.

The social media giant launched the gaming app to give avid gamers and streamers a basic joint platform. Both Android and iOS users use Twitch for the same purpose. There are certain mini-games available to the Android users which their iOS counterparts will have to do without. 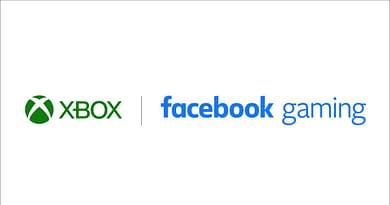 MICROSOFT IS SHUTTING DOWN MIXER, WILL REDIRECT ALL MIXER SITES, APPS TO FACEBOOK GAMING