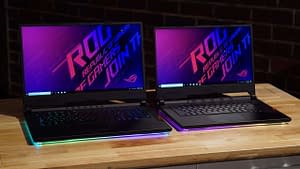 Asus announced the launch of its latest lineup of ROG gaming laptops with upgraded 9th Gen Intel Core CPUs. The company has upgraded the entire lineup of its gaming laptops under ROG with the Strix G, Hero III, Scar III, Zephyrus M, Zephyrus S and G703GXR.

The refreshed lineup was first unveiled at Computex 2019 and now, all the laptops have made their way to India. Apart from 9th Gen Intel Core CPUs, the laptops are powered by Nvidia’s GeForce GTX and RTX series of GPUs based on the Turing architecture. All ROG gaming laptops now come equipped with M.2 NVMe PCIe SSD storage options for faster read and write speeds. They also feature keyboards with RGB backlighting.

The ROG Strix G series is a new lineup that’s meant for entry-level gamers looking for a gaming laptop. It has two variants with a 15-inch (up to 120 Hz) or 17-inch display (60 Hz) and options in the CPU as well between an Intel Core i5 and i7. The rest of the internal hardware remains the same that includes an Nvidia GeForce GTX 1650 GPU and up to 32 GB of RAM.

The ROG Strix Hero and Scar series of laptops are targeted towards esports players. Featuring a display with up to a refresh rate of 240 Hz, buyers can pick between either Intel Core i7 or i9 CPUs. GPU options include the Nvidia GeForce GTX 1660 Ti, RTX 2060 or RTX 2070. Both the laptops are available in 15-inch and 17-inch variants.

A unique feature in this series that isn’t present on any other ROG gaming laptop is a removable NFC module called Keystone. Whenever this module is connected to the laptop, a shadow drive will be mounted where the owners can store their personal files. When removed, the drive disappears. This shadow drive can only be accessed on the owner’s laptop. Another feature of the Keystone is importing profiles from one system to another. We aren’t sure exactly how it works but we’re guessing that the settings (including RGB lighting effects) can be enabled on a different system only if Armoury Crate software is installed in it.

The Zephyrus lineup is all about powerful hardware placed inside a slim form-factor. This means that it comes with up to an Intel Core i7 CPU and internal storage using a 1 TB M.2 NVMe PCIe SSD. The GX531 has a 15-inch display whereas the GX701 comes with a 17-inch display, both supporting a refresh rate of up to 240 Hz. RAM support is different in both variants, where the GX531 goes up to 24 GB whereas the GX701 can support up to 32 GB. For graphics, both use a Max-Q design where the GX531 has an Nvidia RTX 2070 GPU whereas the GX701 packs an RTX 2080.

The ROG G703GXR is the most powerful gaming laptop that Asus is currently selling in India. Powered by an overclockable Intel Core i9-9980HK CPU and an Nvidia GeForce RTX 2080. It supports up to 32 GB of RAM and has two M.2 NVMe PCIe slots along with a 1 TB SSHD. The 17-inch IPS-panel has a resolution of 1920 x 1080 pixels with a refresh rate of 144 Hz and support for Nvidia G-SYNC. 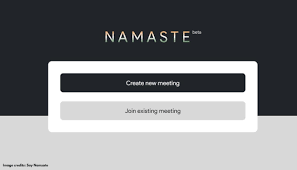 WHY REMOTE VIDEO CALLING DOES NOT APPEAL TO SOME EMPLOYEES 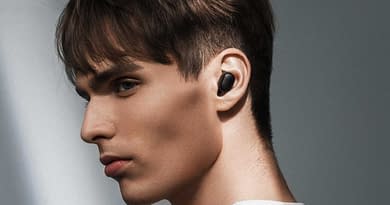