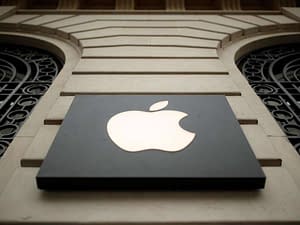 Apple announced its “Best of 2019” apps across platforms such as iOS, macOS and tvOS at an event held in New York City.

Unlike regular Apple events which see a keynote followed by a product unveil, the Best of 2019 apps event didn’t have a keynote as such, but had app developers (whose apps made the Best of 2019 shortlist) showcasing and talking about their apps to the media.

Here is a list of winners in the gaming category across platforms:

In addition to these winners, the two trends across gaming and apps that were noticed by Apple were:

Game Trend of the Year: Blockbusters Reborn — A rising trend among gamers to devour popular game franchises such as Mario Kart Tour, Minecraft: Earth, The Elder Scrolls: Blades, Dr Mario World, Pokemon Masters, Call of Duty Mobile and so on, on the iPhone and iPad platforms. Most of these popular games were optimised in terms of graphics and story line to appeal to a player on the iOS platform and there was an uptick in the volumes of popular title taking that route to get newer audiences.
App Trend of the Year: Storytelling Simplified — This trend took into account the various apps such as Unfold, Steller, Canva Stories, Anchor, Wattpad, among others which propelled creators to tell their stories via voice, audio, video in a more interesting manner. So what was essentially a content-style that was only popular among big brands, was democratised thanks to these apps which let you make creative stories to share online.

“Developers around the world inspire us all with innovative apps that have the power to influence culture and change our lives, and this year that is as true as ever. The 2019 App Store Best Apps and Games winners reflect our global desire for connection, creativity and fun,” said Phil Schiller, Apple’s senior vice president of Worldwide Marketing.

The winners were decided after a consensus was arrived at among the App Store editors around the world, across platforms such as iOS, tvOS and macOS. Unlike last year, there was no app by an Indian developer which made it to the winners list in 2019. A new category of awards added this year was the Apple Arcade Game of the Year. With over 100+ titles, Apple Arcade is subscription-service for gaming enthusiasts which gives them access to iOS games without any ads or in-app purchases for as little as Rs 99 per month.

Among the iOS app winners: Spectre Camera and Flow by Moleskine, the focus was clearly on apps that are innovatively using in-built Apple software libraries.

The Spectre Camera app, for instance, makes complete use of the enhanced low light mode on the iPhone 11 series which lets you have long exposures when the smartphone is fixed to a tripod. Spectre’s USP is long exposure images and it intelligently uses Apple’s CameraKit, Live Photos, CoreML, Metal graphics acceleration, among other things to give you creative long exposure shots in-camera, that would otherwise require a lot of post-processing work.

Flow by Moleskine makes optimum use of the Apple Pencil (generation 1 and 2) including the various gestures supported on the Pencil. Coming from the same company that makes those leather cover-bound note-taking books, Flow had already won the Design Award at the WWDC 2019 earlier this year. So it was no surprise to see it in the winners list, although it would have been great to see another app winning here.

Among the winners in the game section, GRIS easily had the most stunning artwork for a platformer game which involves puzzle solving. GRIS uses music and artwork to take the story, exploring grief, forward. Apple Arcade’s Sayonara Wild Hearts stresses more on being quick with your reflexes and winning as many points along the way.

The story-making apps seen as part of the App Trend of the Year such as Unfold, Canva Stories, Over and more have certainly seen an uptick in use over this year. Most of these apps are focussed on the Stories format and have preset templates which you can tinker around with to make your own Story before uploading it to Instagram or Snapchat. The next frontier for most of these app makers is definitely TikTok. Chinese company ByteDance-owned TikTok has easily been the most talked about app this year. Content creation apps that were seen in the app trends of 2019 are planning to incorporate story-telling features on TikTok as well in 2020. Both Unfold and Canva Stories representatives spoke about plans of adding TikTok as one of their publishing partners, without giving an actual time-frame.