With little fanfare, the company has begun charging passengers to use its driverless vehicles in a roughly 100-mile (160 km) zone in four Phoenix suburbs – Chandler, Tempe, Mesa and Gilbert – where it has been testing its technology since 2016.

Producing revenue is a strategic milestone, putting Waymo ahead of U.S. rivals, primarily General Motors Co’s Cruise Automation and Uber Technologies, which have yet to launch their own paid self-driving services. All are racing to win customers and recoup billions spent developing the technology.

To use Waymo’s service, dubbed Waymo One, riders must download an app and provide a credit card number, similar to ridesharing services Uber and Lyft. A human driver will be behind the wheel, but only to intervene in case of emergency.

Major challenges remain, starting with technical hurdles. A Waymo One taxi tested by Reuters last week proved slow and jerky at times. Whether customers will continue using the service once the novelty wears off remains to be seen. Regulations governing the industry across the country are an incoherent patchwork, a significant hurdle to fast expansion.

Waymo would not say exactly how many of its cars would be on the road in Arizona. It said its around-the-clock service initially would be limited to “hundreds” of people invited to sign up last year. For now, pricing is roughly in line with that of Uber and Lyft. A 15-minute, 3-mile (4.8 km) drive taken by Reuters last week cost $7.59, just above the $7.22 offered by Lyft.

“Over time, we hope to make Waymo One available to even more members of the public,” Chief Executive John Krafcik wrote in a blog on Wednesday. “Self-driving technology is new to many, so we’re proceeding carefully.”

The company has been testing its driverless cars for a decade. Its fleet, now numbering 600 vehicles, has logged more than 10 million miles on public roads in and around 25 U.S. cities. Alphabet does not disclose its total investment, but industry experts put that sum at well over $1 billion.

Monetizing driverless technology has been slow going. A handful of startups, including Boston-based Optimus Ride, have managed to win contracts providing self-driving services in enclosed, low-speed environments such as business parks and retirement communities.

“If you’re going to invest that much capital and time and engineering, you have to go for these larger robotaxi markets,” Chin said. “You may start in the smaller markets but the bigger goal is to go for the big fish.”

That strategy has been key in ridesharing, where first movers such as San Francisco-based Uber and China’s Didi Chuxing have proven tough to dislodge in many cities where they operate. Driverless vehicles are the next step in the race to shape urban mobility.

“Waymo is now accelerating … because if they wait two or three years longer they will get overtaken,” Froehlich said on the sidelines of last week’s Los Angeles auto show. “So they have to move early, even though that’s quite a risky thing for them.” 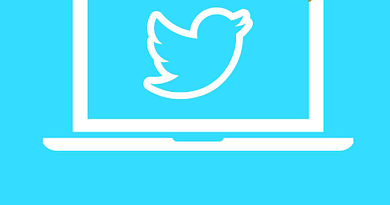 TWITTER NOW LETS YOU DRAG TO RE-ARRANGE PHOTOS WHILE TWEETING

Indian Railways IRCTC to gets its own payment gateway